Our classic Doctor Who Tardis photobooth, produced by us exclusively for the BBC, was passed on to BBC America for use at the LA BAFTA television awards, and even found it’s way onto social media by many celebrities posing inside and outside! 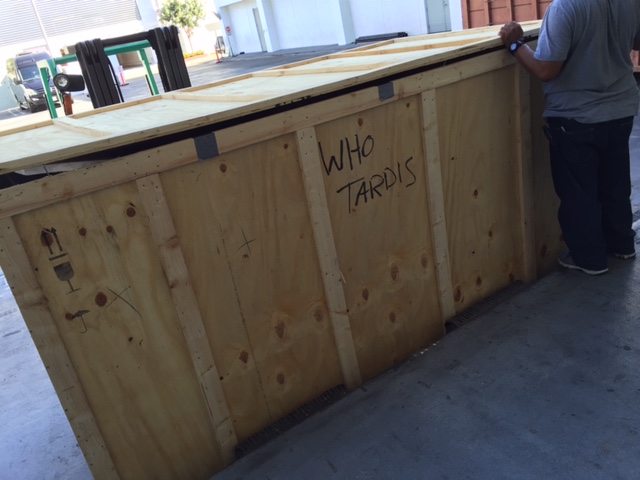 In order for it to get to LA safety, photobooths shipped it over, packaged safety in a large crate before jetting over the cloudy skies of the UK to the sunny skies of LA. 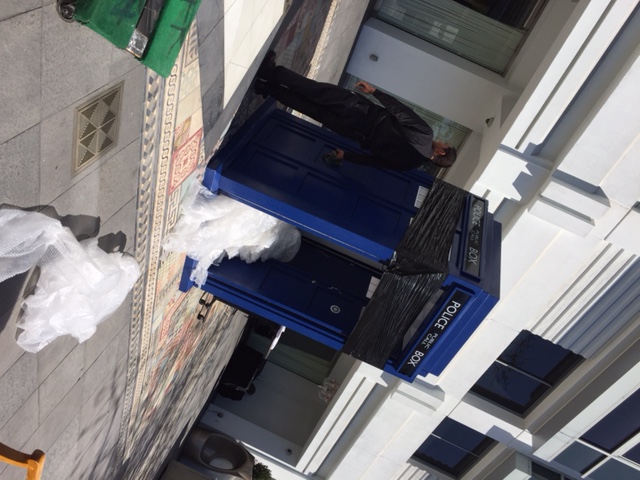 After hours in the sky, it finally lands in LA and unpackaged…Look at all the bubble wrap that went inside for protection!

The British Academy Britannia Awards presented by American Airlines was a big night out in Hollywood, an evening to honor individuals who have dedicated their careers to advancing the art forms of the moving image in the US, UK and beyond.The awards recognised outstanding British talent as well as exceptional American talent throughout the long-standing collaboration between the British and American industries. Those among the British included Meryl Streep, Sam Mendes, and James Corden.

The Tardis seemed to be enjoyed by many throughout the night and found its way into many pictures on social media, here are a few we spotted:

It’s a shame we couldn’t find any pictures of our three English actors, but you can find more images of the Photo Booth in use at the BAFTAS by searching for #tvtea or #LABAFTAS on Twitter or Instagram.